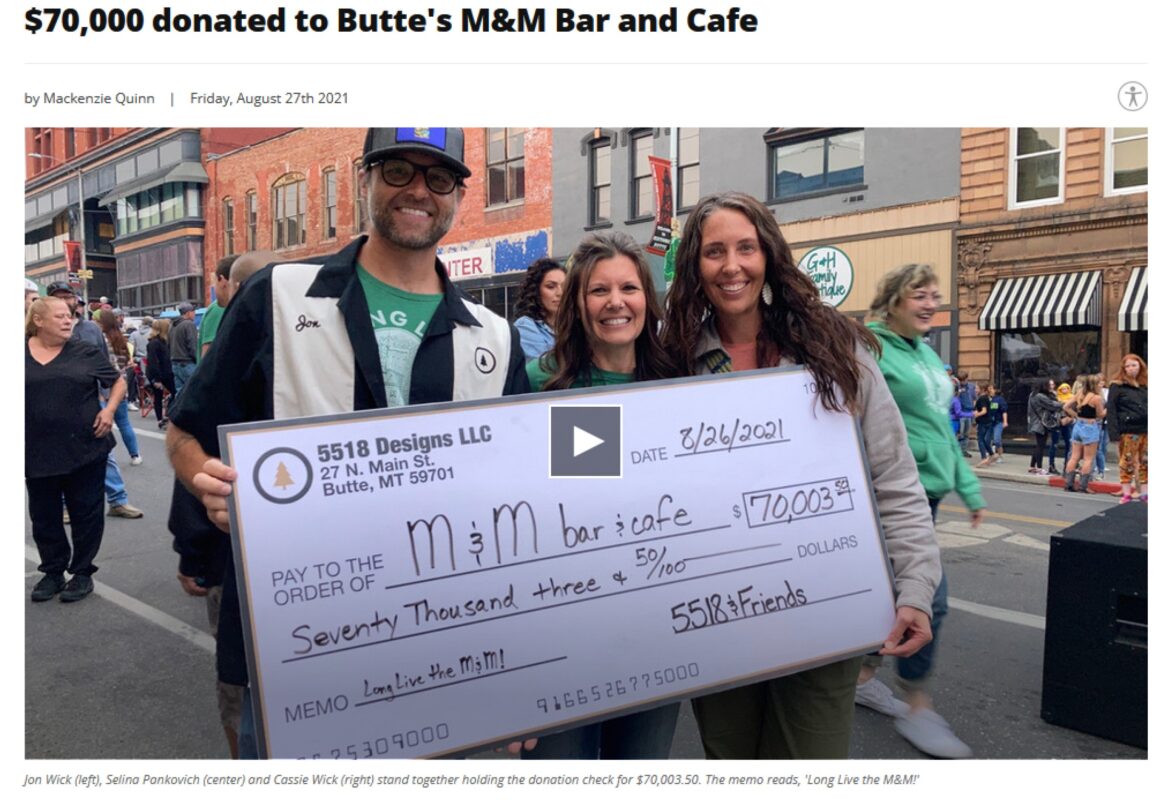 BUTTE, Mont. — On Thursday night in Butte, during the music break on Music on Main, Selina Pankovich, owner of the M&M Bar and Cafe took the stage.

She was joined by Jon Wick, owner of 5518 Designs, who held a giant check.

In an announcement, Wick stated they were donating $70,003.50 to the M&M for rebuild and restoration purposes.

After the 14-hour fire that completely destroyed the bar back in May, Wick helped create a design in honor of the legendary bar.

It was printed on shirts, hoodies and stickers — with any profit going directly toward helping the M&M.

Currently, the remains of the M&M are still visible on Main Street, due to the extensive work that is involved when it comes to cleaning up the site.

“Really the only thing that I can tell you is that I’m doing my best,” Pankovich told the crowd. “I’m trying to go as quickly as I can. Every day there seems to be some new challenge that I have to face, and we’ll get there eventually. As soon as we get that mess cleaned up, we can move on to bigger and better things.”

The crowd cheered in response.

Pankovich shared thank yous to everyone who helped her get through this time in her life.

She also thanked the fire department who spent countless hours attending the fire and saved the historical neon sign.